This Adorno +Horkheimer quote makes a gross assumption that all “safe, standardized products are geared towards representing average life for the purpose of pure entertainment.”  This goal creates a realistic distraction by keeping ordinary folks in the dark concerning what’s really going on around them.

But just how precise was the thought they are trying to convey? As an optimist, the realities of Mass Media Advertising led my mind to a very dark representation of the more suspicious effects of media.

While I contemplate what modern versions of “products with the purpose of pure entertainment” could be the first things that come to mind are:

Interestingly enough both of these are highly addictive products consumed by sitting in front of a screen, while thoughtlessly digesting what is presented. It’s as if we’re programed to eagerly anticipate the weekend just to spend it on the couch watching football; or to be one of the millions to view the newest blockbuster.  If you think about it the joy of partaking in either of these activities is temporary, and leaves the consumer back in reality only to crave yet another escape.  I’m now seriously questioning if either of these actions are things I’ve chosen to do on my own or if I select them simply because it’s what “everyone else” is doing with their time?

The Critical Cultural Trend and the Frankfurt School have converging ideologies that include studying in great detail, through the use of Hermeneutics, the mediums effect on culture. Then, identifying the problems and taking actionable steps to offer solutions on how to reverse this effect.

So what are the problems with Professional Sports and Hollywood movies?

In further understanding of the critical theory, Hebert Marcuse sums up the properties in an unnerving way. “Instrumental reasoning means that human cognition is manipulated in such a way that it tends to behave like an automated machine”.  This illuminates the modern problem with these digital products as tools in a herding process of decision making; rather than creating an independent thought of our own.

Karl Marx had a particular awareness that address, how even now, Sports and Movies affect the human reaction to life as directly related to their culture. The media is an economic institution run by elites to shape the average person’s viewpoint in order to promote a particular ideology. As Marx points out it’s not the urbanization of society that’s inherently bad. The problem is with those top of the pyramid exploit those on the bottom to make a profit.

But what kind of dangerous ideology can their possibly be in an Oreo commercial during half time? This is where things become particularly tricky and is notably a theory of my own. If you notice a lot of commercials during televised sports are for food? Not just any food, usually “junk” food.  Unless you live in Colorado, when is the last time you saw a commercial during a game to support your local farmer? Not quite. Commercials for Coke, Cheetos, Beer, McDonalds, Wendy’s, Doritos and the like dominate the space between plays. These foods are all inherently bad for us. Yet, we eat them, while partaking in both of these activities. Coincidence? I believe not, and with the common ingredient in all of these foods being – High Fructose Corn Syrup, it’s no wonder so many are operating in a certain rational state. “Did you know that drug addicts and high fructose corn syrup users – use the same (over used) brain circuits? There is significant activity in all areas of the brain, especially in the hippocampus when consuming potent sweeteners. When addicted to powerful substances – you can literally burn out the brain from over-simulation. So, when you consider that a healthy brain is essential for learning, memory and emotional well-being – it’s no wonder we have so many health problems from these unnatural sweeteners.” – Jonathan Landsman

So, although there may not be a particular ideal being pushed in message format during “the big game” we are feeding ourselves pacifiers that essentially suppress brain function in a way that supports a lifestyle of existing on continuous repeat.

In Karl Marx’s most notable quote “Religion is the opium of the people”, I found something very interesting.  Although often misused and misconstrued, the thought he’s addressing is the need to create illusions in life to escape oppression. I believe food has replaced the subject of religion in Marx’s original quote.

Are there actionable steps that can be taken to reverse these effects?

It’s not the media that gives us an objective since all facts are interpreted by the individual. We assign meaning ourselves through the ability to become active audiences. We then create meaningful experiences that lead to intentional use of a product. So a notable actionable step would be to remove ourselves from the outlets in which “facts” are distributed to give ourselves the chance to make up our own mind about life and the choices we make.

In essence, our culture determines how Mass Media Advertising effects us individually.

What if You Actually had the Social Media Presence You Wanted? 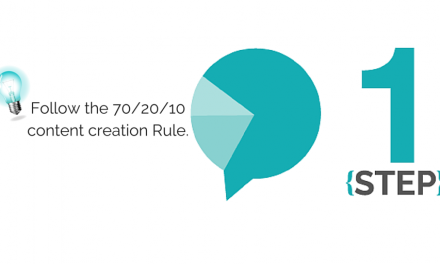 70 Content Marketing Ideas that are Bringing Social Engagement Back