The moment you’ve been waiting for! I’m about to tackle the ALS Ice Bucket Challenge in a strictly Social Media Marketing Analysis perspective because where i’m sitting (as a Marketer) I’m in complete awe by the phenomenon.

I mean seriously, what business doesn’t want everyone, their mom, friends, neighbors, co workers and yes, even kids to be totally and completely inspired by their brand in such a way that they take time out of their day to soak themselves?… In Ice-Water!?

Um. Pretty much every business dreams about this kind of exposure. In the 50’s-80’s TV did that. If you had a commercial during that time period, you pretty much dominated a market. Since, that was the only mass viral outlet to share what you offered.  But, with approximately 75% of all U.S. businesses being non-employee businesses; we need to figure out how to take Marketing into our own hands. I mean, who has the cash for TV style publicity anyways?

Now we have the internet. The lovely, crowded internet.  Because of it, businesses are struggling to find a way to stand out, make a name for themselves and build a brand around one idea.

For the rest of our lives we will be talking about the ALS Ice Bucket Challenge and the foundation will go down in history for this event.  If this campaign plays a part in the cure of the disease than it will have been one of the greatest Marketing successes of all time. In my opinion.

But how did the ALS foundation pull off such a  success?

What makes people spread, share and participate in something in such a viral way? There are quite a few reasons but I’ve chosen the 6 most strategic that directly linked to the why behind we all reacted communally.

1. Originality. In the book, “ The Role of Positive Emotions in Positive Psychology”  by B. Fredrickson He talks about a study showing how Originality brings about positive thinking. So when we are feeling bummed, bored or just drained we tend to look for ways to reverse our state of being. When endless seeking leads to nothing and we come across a friend dousing themselves with ice water and then challenging a few others; we are instantly captivated by such an original sight  and think “How Can I join in on that fun.”  I mean, how many times have you seen a friends soak themselves, on purpose? Original right? And don’t forget, downright funny; which leads me to humor.

2. Humor. There is a hidden power of Humor explained in this article. “Evidence for the direct benefits of humor lie in studies of the body’s chemical reaction to laughter. Among other things, laughter has been shown to reduce stress, boost the immune system and enhance brain chemistry through the release of serotonin and endorphins.”   Apparently the folks who thought this whole ice bucket challenge up knew this quote well “I think the next best thing to solving a problem is finding some humor in it. “– Frank Howard Clark

Simply put, humor makes us feel good and we just can’t get enough of it! Our bodies know it, our brain knows it and our emotions crave it!

3. Unexpectedness.  There was a report conducted in 2011 by Elon University that discovered the emotional science behind “What makes a Video go Viral?”  HubSpot wrote up a pretty neat follow on that breaks down the findings in the report as well as a few other sources to prove it’s not just a science, but also an art. Both in which can be replicated.

Although the mystery behind it is just as unique as humans themselves, there are some pretty common threads that cause something to go viral:

In this short TedTalk Kevin Allocca shares just how Unexpectedness plays such a major role in a videos virality.

HubSpot even found the top 20 viral videos, so check them out and do some research of your own to be inspired to make your own viral worthy video.

4. Connection. Even with the overwhelming ability to connect some times social media can leave people feeling less of a connection than they had originally anticipated. While scrolling our feeds we are always on the lookout to participate in a conversation; in order to directly connect with others.

But, When we are surprised at our friends ability to be silly, endear themselves to a good cause and then asking you to join them, there is an immediate emotional response that gives us great longing to be a part of the action.

This is exactly what humans tend to gravitate towards. When we feel connected and part of a group because “our need to belong is what motivates us to participate in social activities.” -Kendra Cherry .

5. Anticipation. In the Happiness Project it was discovered “To feel happy, it’s not enough to have an absence of bad feelings; you have to have a source of good feelings, as well.” Gretchen Rubin goes on to explain  “Pleasant anticipation is an important source of happiness; having something to look forward to makes you “feel good” and may also give an “atmosphere of growth” to your life, because the future seems bright.”

The point, anticipate makes us feel really good and elevates our state of happiness. When we see our friends being doused with a bucket of ice-water we can’t wait to hear if our name will be one of the three to be called next; and when it finally is we feel a deeper sense of camaraderie. In turn this makes others feel they are missing out and anxious to become part of the “group.”

6. Star Power. Who doesn’t want to see their favorite star being human?  I’m not going to get into the psychology of anything here. It’s no secret that we all have someone or someones in Hollywood we admire. When we see a glimpse of them being themselves and participating in a good cause along with the rest of society it causes us to feel a little more close and connected to them as a peer.

To quote one of my favorite Marketers Gary Vaynerchuck: “I’ve got bad news: Marketing is hard, and it keeps getting harder. But there’s no time to mourn the past or to feel sorry for ourselves…It’s our job as modern day story tellers to adjust to the realities of the marketplace.”

Don’t think you can duplicate “Ice Bucket Challenge”. Being #1 at something like that will make everyone else seem tacky. Being #2 is never as powerful as being the producer of an original thought.

So, what original thought will you produce to bring awareness to your brand?

Need help organizing your original thoughts into plans of action? Start with my FREE WEB ANALYSIS and share some insight into what your best, next move is. 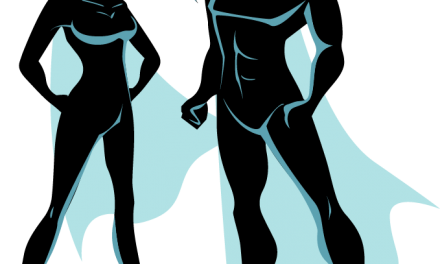 If the Social Media Management tool (Agorapulse) was an Avenger